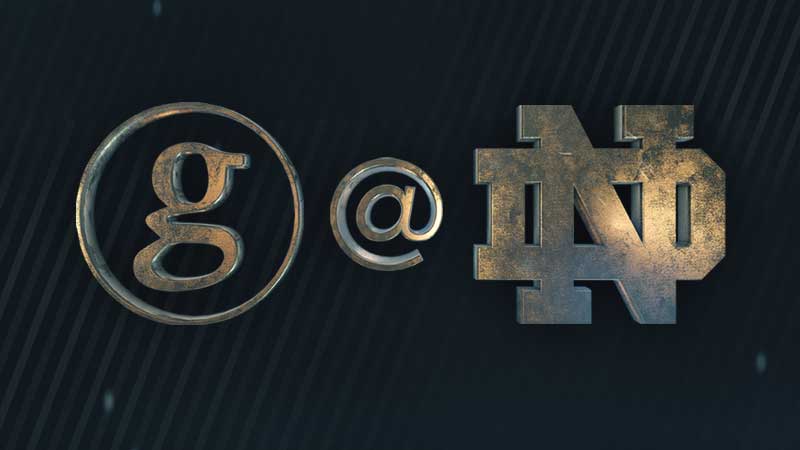 NOTRE DAME HAS CHOSEN GARTH BROOKS TO PLAY THE FIRST-EVER CONCERT TO BE HELD AT THE LEGENDARY STADIUM. TWO AMERICAN ICONS JOIN TOGETHER FOR HISTORIC EVENT

Nashville, TN - July 9, 2018-  Reigning CMA “Entertainer Of The Year” Garth Brooks has been invited to play the first-ever concert at Notre Dame Stadium. At a press conference in Nashville, TN, the ground-breaking news was revealed that the storied venue, established in 1930, will host its inaugural concert with a special headlining performance by Brooks, at a to-be-announced date.  Brooks was joined by revered member of the University of Notre Dame family and former head football coach Lou Holtz, who shared in the excitement of the upcoming monumental event.

"Notre Dame stadium has seen so many iconic moments!” said Garth Brooks. "I look forward to bringing a new kind of crazy to the party. “

“Right from the outset, I just felt that Garth represents Notre Dame’s values,” said John Affleck-Graves, Notre Dame’s executive vice president. “And he is the perfect choice as the first artist to perform in concert in the stadium that Rockne built. This promises to be one of the biggest events in Notre Dame’s history.”

“Tradition and memories are built in that stadium. It’s an iconic place,” said Mike Seamon, Vice President for Campus Safety and Event Management at Notre Dame. “This is an important moment and once we decided we were going to have a concert, Garth just jumped into our minds right away.  And we knew that he had to be the one.  That was it."

“It’s never been done before.  And it’s our understanding that Garth loves to do things that haven’t been done before,” said Lee Sicinski, Associate Vice President for Event Management at Notre Dame. “To bring a historic event like a Garth Brooks concert to the stadium, it just gives you goose bumps.”